Showing posts from March, 2008
Show All

TONIGHT ON THE TERRORDOME: Lester K Spence on the Obama-Wright Moment 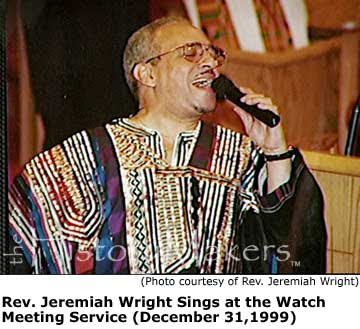 CJSR FM88
www.cjsr.com
6 PM Mountain TimeThe recent controversy surrounding Barack Obama and Reverend Jeremiah Wright has opened up innumerable discussions outside and inside the American Afrikan community regarding who has a right to say what, and who has a right to consort with whom.So far, US corporate press has done nothing but scale their already lofty positions on the mountain of hypocrisy. While Democratic contender Obama is held up to scrutiny and shaming for his Reverend’s comments—which when taken in context sound entirely logical—the comments of some supporters of Republican nominee John McCain are outrageous.According to Mother Jones magazine: “Senator John McCain hailed as a spiritual adviser … Ohio megachurch pastor [Televangelist Rod Parsley] who has called upon Christians to wage a ‘war’ against the ‘false religion’ of Islam with the aim of destroying it.”(Thanks to Swamp Politics for the link on media hypocrisy.)Of course, in a society that once claimed legal ownership …
3 comments
Read more

TONIGHT ON THE TERRORDOME: Afrikan-Canadian Youth Activists; Rev. Jeremiah Wright in his own words 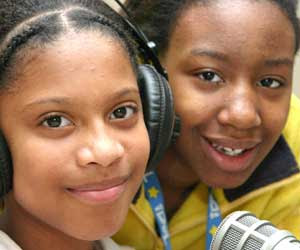 CJSR FM88
www.cjsr.com
6 PM Mountain TimeAll youth face difficulties in the transition from childhood to adulthood, but those difficulties are typically greater for youth who immigrate. In Edmonton, the increasingly large population of new Canadians from the Afrikan continent, especially from the Horn of Afrika, is finding that Canada contains within it much opportunity—for success, as well as for suffering.On Monday, I spoke with two youth activists who are attempting to steer their peers towards productive, happy lives. Yannick Dako from Ivory Coast is 21 years old and is currently in an internship program with the YMCA. He’s also worked for Canadian Heritage and has been volunteering with Youth and Family Alliance of Alberta and Family First.Amal Issa is a 19 year old Political Science student at the University of Alberta. Of Somali heritage, she currently volunteers at Edmonton’s new Africa Centre located ine former Wellington school, where she helps tutor young people in the Afr…
1 comment
Read more

TONIGHT ON THE TERRORDOME: Amiri Baraka on Barack Obama

CJSR FM88
www.cjsr.com6 PM Mountain TimeI have never seen a movement in the United States gather as much excitement and momentum as the campaign to deliver the nomination of the US Democratic Party to Barack Obama.It’s easy to get excited by it, and I get it. I never expected to see, in my own lifetime, any African-American achieve the presidency, and its looks as of this broadcast—recorded on Tuesday night before the results of the March 4th primaries are in—as if Obama will get the nomination and win the White House.But my own excitement, based in part on seeing a man from my own so-called race get this far—indeed, like me, Obama is half-Kenyan—doesn’t overpower my determination to see justice advanced, not just image.From what I can see, the primary appeal of the Obama campaign is what it wants to symbolise: that the United States has overcome racial discrimination, that the US need not be a warlike society driven by an economic and cultural imperative to dominate and destroy, that…
3 comments
Read more

Fear of a Black-Planned Ed 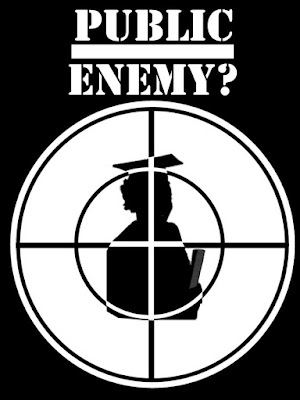 This is a longer version of an article published inVue Weekly in the week of2008 February 28 for a series of articles commissioned for Afrikan History Month.


One of the most obvious indicators of injustice is the use of double-standards.We learn early in life that what’s good for the goose is good for the gander. If geese are eating gravel and ganders and getting grain—and worse, the gander lobby is raising hell about geese wanting to get some—you know that someone is having the down pulled over his eyes. And that’s usually a prelude to getting roasted.

The last several months in Toronto have been a furious battle over the just-approved proposal to create an Africentric public school as one means to address the disproportionate failure and drop-out rate of African-Canadian students in that district.