Showing posts from May, 2009
Show All

Tell the story of one of your oldest and dearest friends

- May 31, 2009
Tell us the story of how and why you are connected with one of your oldest and dearest friends.

One of my oldest and dearest friends is Henry Carlo Service, but to me he’ll always be Carlo.

We met when we were both summer student workers at the Department of External Affairs in Ottawa. He wore a suit every day, but it was usually club suit (this being 1988, he wore 1988 styles... think Bobby Brown). I wore t-shirts and shorts a lot, I think.

Hard to believe that was 21 years ago. But when I see photos of me with a flat-top and him with a jheri curl, I accept it really has been more than two decades. (The photo is much later, from my wedding day in 2005.)

We really didn’t hang out at the time; we didn’t connect much at the time and two years later we admitted to each other that we’d feared the other was a sell-out. Even typing those words now makes me laugh at both the absurdity, given what I know of Carlo, and the stupidity of (in my case) an 18-year-old’s socio-political prejudice.

Why did you become a writer? 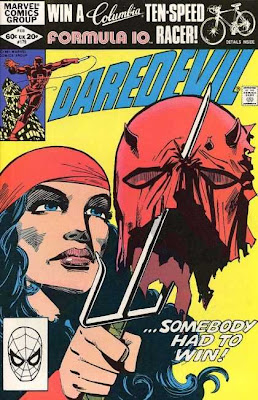 I first decided to be a writer when I was about twelve because of comic books.

I was in grade seven. I’d been collecting comics for two years already—primarily Bill Mantlo’s Micronauts. Then I found Frank Miller’s Daredevil. He was one of the first celebrated auteurs of modern (post-Eisner, post-Ditko) comics, probably because he was in the “big two” of Marvel/DC. I’d never before seen the intensity possible in a work drawn by the same person who wrote it.

Narration in comics had generally been awful. Now I was reading DD #179 (I think), and finding a narrative shift from (I think) omniscient to first-person (reporter Ben Urich, who for some reason reminds me now of Seymour Hirsh).

That stunned me. A narrative switch? Twenty years later I’d employ that same approach to the tune of eleven narrators in my first published novel, The Coyote Kings of the Space-Age Bachelor Pad.

So I’d already known, because of Michael Golden’s and Pat Broderick’s work on *Micronauts*, that I wanted to be a com…
1 comment
Read more
More posts