Showing posts from March, 2016
Show All

ROBERT J SAWYER ON QUANTUM NIGHT, HIS NOVEL ON PSYCHOPATHY AND POSSIBLY HIS LAST NOVEL OF ALL (MF GALAXY 068) 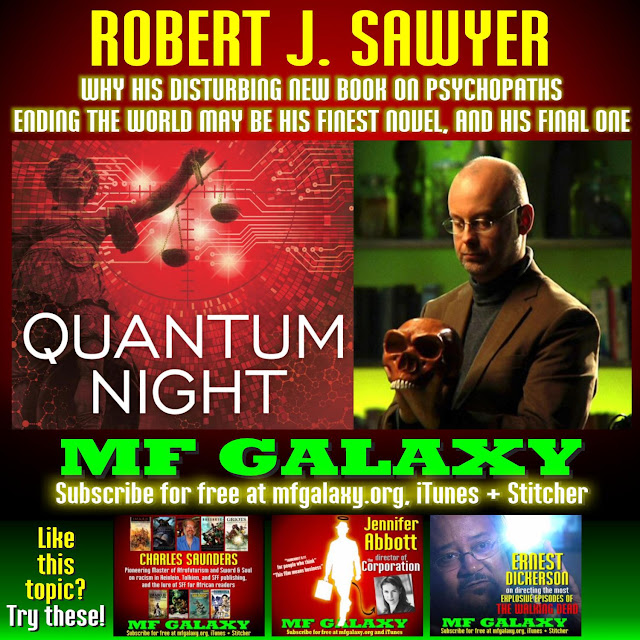 DO PSYCHOPATHS COMPRISE 2/7 OF HUMANITY? DO THE MENTALLY-DEAD COMPRISE 4/7? IS INTELLIGENCE A QUANTUM EFFECT? IS ERADICATION OF THE  WORLD AS WE KNOW IT THE ONLY SOLUTION?

The word “psychopath” strikes terror. While most people imagine psychopaths to be extremely rare serial killers, in fact, most psychopaths are not murderers, but exploitative and terrorising managers, bosses, politicians, drug dealers, pharmaceutical CEOs, family members, clergy, atheists, police, teachers, and others we’ve met and under whom we’ve suffered.

The Canadian researcher Robert Hare is one of the world’s leading experts on the subject of psychopathy; he developed a screening test called the Psychopathic Check List (Revised) or PCL-R, and estimates that approximately one percent of people, or around 70 million humans, are psychopaths.

But Robert J. Sawyer thinks otherwise. Sawyer is one of Canada’s most celebrated novelists with endless awards and accolades. His carefully-researched science fi…
Post a comment
Read more 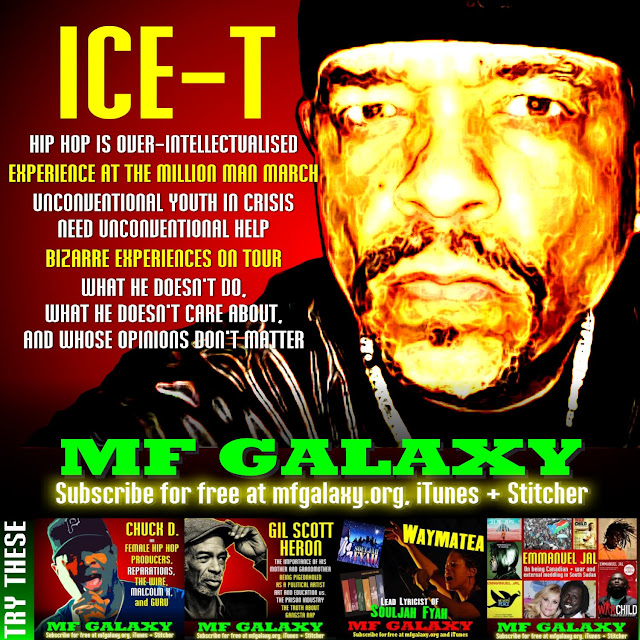 WHOSE OPINIONS ARE IRRELEVANT TO HIM, THOUGHTS ON WILL SMITH, WHAT HE DOESN’T PUT INTO HIS BODY, BEING AT THE MILLION MAN MARCH, RELATIONSHIP WITH FEMALE CRIMINALS

Ice-T is one of the best-known artists from what is now widely known as the golden era of hip hop—the 1986 to 1992 span that saw the widest assortment of lyrical content and the climax of political and Africentric work. West coast artist Ice-T brought a mixture of allegedly autobiographical stories and fictional ballads named “crime rhymes,” while also engaging in incisive social commentary against racism, media, and government. 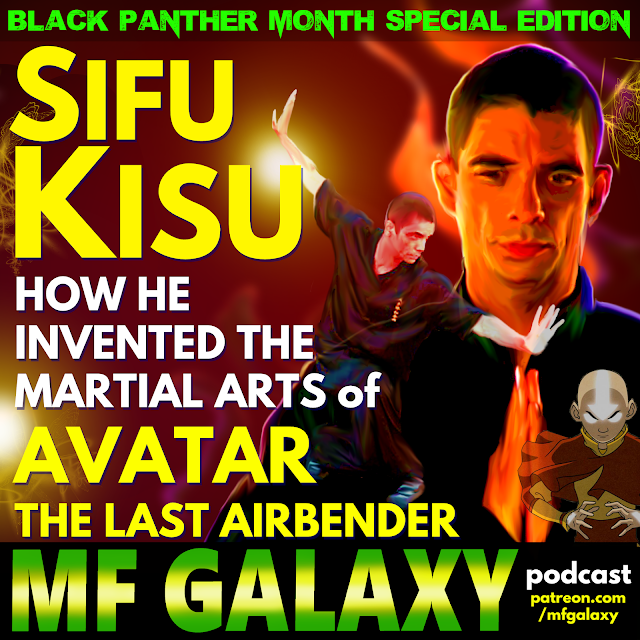 CREATING BENDING STYLES, WHY HE RETURNED TO SHOWBIZ TO MAKE AVATAR, AND HOW HE BECAME SWORDMASTER PIANDAO

It’s one of the most innovative and best-written Western animated series ever made, Avatar: The Last Airbender. Brian Konietzko and Michael DiMartino created its three seasons, which ran from 2005 to 2008. While technically aimed at children and teens, the series had a vast adult following that continues to grow via DVD, and because of its sequel series The Legend of Korra.

Distilled to its essence, Avatar: The Last Airbender is about a Dalai Lama-style boy monk with super-powers. He’s a bender, a person who can shape the four elements to his will. In this world, each element has a nation: the Air Nomads, the Water Tribe, the Earth Kingdom, and the Fire Nation. Young Avatar Aang, born an Airbender, awakes in a world in which the Fire Nation has destroyed the balance among the nations by waging a war for global conquest.