Showing posts from September, 2011
Show All

Troy Davis will not die tonight 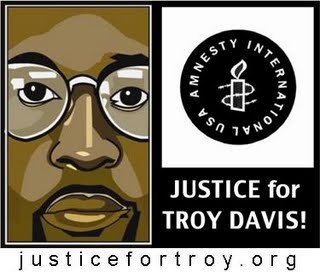 "The execution of Troy Davis was delayed temporarily by the US supreme court on Wednesday night, in a dramatic intervention just as he was due to be put to death by lethal injection. "As the first news came in at the Jackson prison that houses death row, a huge cheer erupted from a crowd of more than 500 protesters that had amassed on the other side of the road. "Davis's supporters kissed each other and threw placards which read "Not in my name" into the air. "But the jubilation was short-lived. Talk of a reprieve from the US supreme court quickly gave way to rumours of a stay, and finally the realisation that the court had only ordered a temporary delay as it considered the matter. The mood then grew more sombre as the waiting game that has now been going on for years with Davis resumed."
1 comment
Read more

The Georgia State government is about to murder Troy Davis 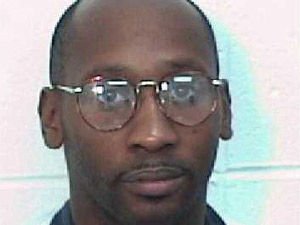 As of this writing, Troy Davis is still alive. But barring unforeseen intervention, by the time you read this, the government of Georgia state will have executed him.


Troy Davis is an African American man convicted of killing a Euro-American policeman. The Guardian newspaper in England has an article entitled “Troy Davis: 10 reasons why he should not be executed." Those reasons include: That of the nine trial witnesses who said he shot policeman Mark MacPhail to death, seven have since recanted their claims.“Many of those who retracted their evidence said that they had been cajoled by police into testifying against Davis. Some said they had been threatened with being put on trial themselves if they did not co-operate.”Sylvester Coles “was the man who first came forward to police and implicated Davis as the killer. But over the past 20 years evidence has grown that Coles himself may be the gunman and that he was fingering Davis to save his own skin.”
The case has drawn international …
Post a comment
Read more

The link between firefighters and modern slavery

(Charles Kernaghan spoke at the Convention of the International Association of Fire Fighters in San Diego, California, during August 2010.)
For millions upon millions of workers worldwide, exploitation remains a fact of life. Around 35 million coloured women and girls, mostly in Asia, working in conditions that most North Americans could not imagine enduring, sew the clothing and make the shoes upon which we spend billions of dollars. Most of them walked away with pennies for each hour of their drudgery and misery.
Discussing their fate and how it connects with the corporate drive to crush labour unions in North America is Charlie Kernaghan. Kernaghan heads the New York-based Institute for Global Labour and Human Rights (formerly the National Labour Committee), an NGO of global labour advocates who risk their own safety in the pursuit of justice for some of the most exploited workers in the world through exposing human and labour rights abuses perpetrated by US companies producing goods…
1 comment
Read more 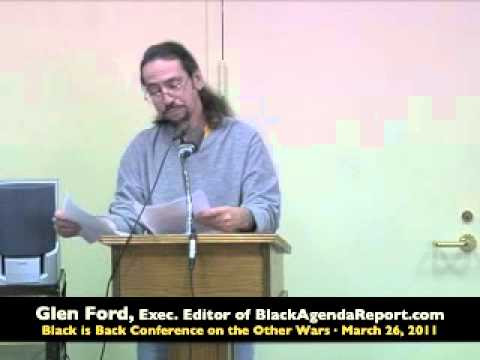 Many people uncritically assume that the current Western war on Libya, which includes Canadian warriors, is aimed at bringing freedom.

No doubt, the Libyan people have suffered under the Qadhdhaafi dictatorship (a dictatorship that used executions as surely and as wickedly as do Saudi Arabia, China, Cuba, and the USA)… but they were suffering under the last seven years of the Western courtship with Libya.

And innocent people also suffer under numerous Western-backed dictatorships or occupations, as in Saudi Arabia, Yemen, Bahrain, Israeli-occupied Palestine, and many other countries.

It’s absurd to assume that countries would spend literally billions of dollars to “bring freedom,” when those same countries spend billions to suppress freedom elsewhere.

Countries spend billions in order to get billions.

If you understand that and nothing else, you’ll understand more about how the world works than someone who knows everything but that.

Is it your Pan-Africanist duty to become a billionaire? 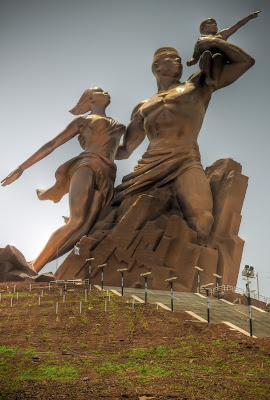 How do we as African peoples, anywhere in the world, free ourselves from economic and political domination?
Maybe that question makes losers of us from the beginning.
Maybe the question should be, "Since we're living in what seems destined to be the Chinese Century, what giant leaps can we make now so that the 2100s will be the Pan-African Century?"
We could begin by asking Fred Swaniker. He's the founder of the African Leadership Academy, and he's recently launched the African Leadership Network Conference, which features a pan-African array of energetic leaders in a TED-style speakers’ forum.
Participants expand their social networks, allowing them to build the continent intellectually, culturally, economically, and politically with a range of allies they would otherwise never meet. The ALN provides a context in which the continent is not ignored, and is not a target for contempt disguised as compassion.

I Wish Obi-Wan Had Been a Brotherman 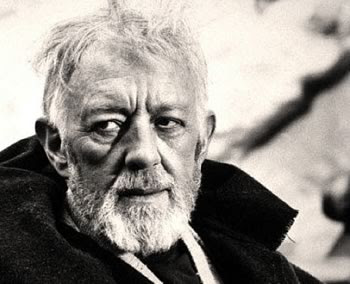 Since as long as I can remember, I’ve loved stories that demonstrated an unshatterable bond between a boy hero and his mentor.

And why wouldn’t I? That archetypal relationship—for men and women—is ancient, found in all epics and religions and probably every cherished story that has survived its birth generation to be passed on to history.
That’s why it burns my balls that Hollywood, Big Publishing and the Edumacational System have delivered almost no stories featuring complex, fascinating, dynamic African characters in that role of life-deconstructor/reconstructor. And don’t be telling me about Bagger Vance or Mother Abigail or the dude from The Green Mile. More on all of that jive later.
Mentors, or in archetypal terms, shamans, are the transformational guides who train young, untested seekers to become heroes. Shamans help the foolish to become wise, the weak to become strong, the alienated to emerge celebrated, and the lost to find their destinies.
Luke had Ben. Tom Joad had Jim Casey.…
4 comments
Read more
More posts