Showing posts from August, 2010
Show All

TONIGHT ON THE TERRORDOME: Molefi Kete Asante - Du Bois, Africa and the Convergence of Consciousness 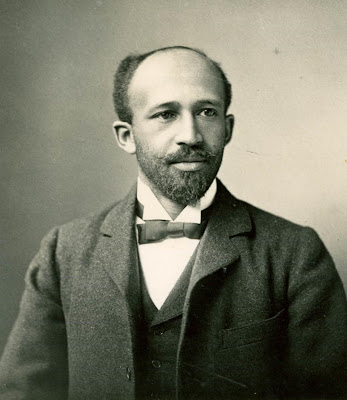 Born in 1868, three years after the end of the American civil war, Du Bois was the first African to receive a PhD from Harvard University.

Du Bois also studied at the University of Berlin, becoming a professor of History and Economics, and wrote 36 books and more than 4000 articles and essays. For a time he headed the National Association for the Advancement of Coloured People and was founding editor of its newspaper The Crisis.

After the US government refused to renew his passport, Du Bois moved in 1963 to Ghana at the invitation of President Kwame Nkrumah, where he directed work on the Encyclopedia Africana.

Du Bois died on August 27, 1963, having made a profound impact on African intellectualism globally, especially through his 1903 essay “The Talented Tenth” about the necessity of a vanguard of educated African-Americans to…
Post a comment
Read more
More posts