Showing posts from August, 2009
Show All

TONIGHT ON THE TERRORDOME: Part 2 of Denis Simpson and Berend McKenzie, and James Baldwin in conversation with Kenneth Clark 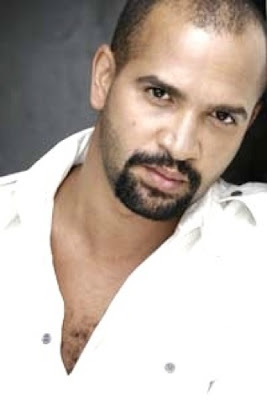 Tonight on the programme, part two of my conversation with the pair who recently brought a hilarious and deeply-moving autobiographical play to the Edmonton International Fringe Festival, a play with title that requires its own language warning: Niggerfag.
As the play’s title suggests, it’s an examination, through vignettes of several parts of McKenzie’s life, of the pain, humour, bewilderment, exhilaration, alienation, terror and love of growing up in Alberta as a gay African-Canadian boy in the 1970s and 80s.

It also happens to be superb, powered by both creators’ understandings of the dual exclusions and humiliations of racism and homophobia.

African-Canadian actor and playwright Berend McKenzie appeared alongside Halle Berry and Sharon Stone in the feature film Cat Woman, and has taken roles in television programmes such as Cold Squad, Jeremiah, Life or Something Like It and Andromeda.

TONIGHT ON THE TERRORDOME: Political Theatre at the E-Town International Fringe 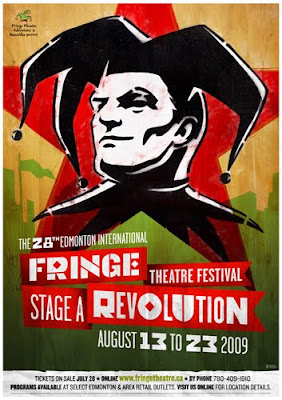 Tonight on the programme, a first for The Terrordome: features on two plays at the Edmonton International Fringe Festival, the second-largest theatre festival in the world.

In the second half of tonight’s show, I’ll be speaking with the actors and directors of Honey in the Lion’s Head, an electrifying retelling of the Biblical story of Samson and Delilah, with overtones of the modern Israel-Palestine conflict.

But first I’ll be talking with actor-playwright Berend McKenzie and director Denis Simpson about McKenzie’s autobiographical play they’re presenting. I will warn you, their title is a shocker, and portions of tonight’s interviews and excerpts contain adult language guaranteed to offend some. McKenzie’s and Simpson’s play is called Niggerfag.

As the title suggests, the play’s an examination, through vignettes of several parts of McKenzie’s life, of the pain, humour, bewilderment, exhilaration, alienation, terror and love of growing up …
Post a comment
Read more

Joker posters are an attack that we must counter 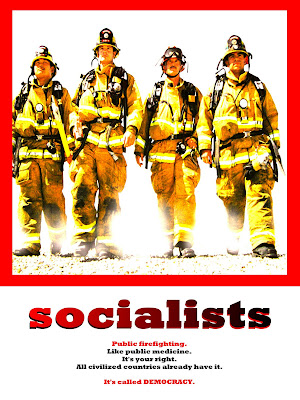 
But I recognise how the current attacks on Obama, including the idiotic Joker-style "socialist" posters are an attack on progressive politics, a subliminal racist attack, and an attack on public healthcare (and Obama is no friend of universal health care that is the standard in the industrialised West).

But now it's time to go viral on the asses of the people who are against a better society.

Please distribute, post and make your own variations as widely as possible.

TONIGHT ON THE TERRORDOME: War is a Force that Gives Us Meaning 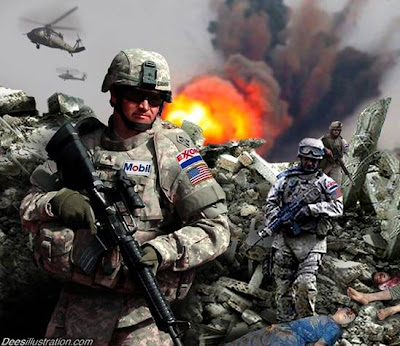 When we talk of heroes and icons, we use the language of war. People in search of justice are said to fight “the good fight,” to be battlers and “street-fighting men.” We speak of crusades and even holy wars, of vanquishing evil and conquest. Martin Luther King Jr., the consummate pacifist, has been called a “warrior for peace.” There are books with ironic titles such as The Way of the Peaceful Warrior. Even while hailing peace, we seem so enraptured with war that we fail to use metaphors suggesting creation, procreation, birth, production, engineering, teaching or artistry. We conceive of athletes such as ballplayers as heroes, even though heroes risk their privileges and their lives for other people’s betterment, whereas athletes are simply entertainers.

Why? Because the physical clashing of bodies speaks to us of war. And that’s why runners and swimmers are rarely called sports heroes: it’s the sports that offer the potential for col…
Post a comment
Read more
More posts