Showing posts from October, 2015
Show All

HOW TO BREAK INTO COMICS AS AN ARTIST (MF GALAXY 049) 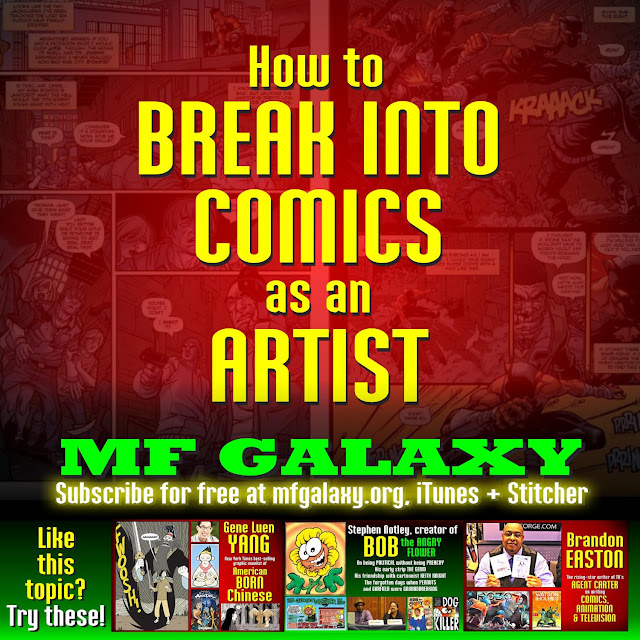 Top Cow President, Tumble Creek Publisher, Midnight Tiger creator, and the MadTwiins Davis Brothers talk breaking in and staying in comics
While comic books pay creators nowhere near what most professionals get in movies, television, or video games, countless comic books fans yearn to be creators and spend years honing their skills, creating characters and stories, and sometimes even publishing entire works online or in print.

SUBSCRIBE FOR FREE ON iTUNES SUBSCRIBE FOR FREE ON STITCHER
For a determined, highly-skilled, and lucky few, the result is getting hired by the major publishers or long-term success as an independent backed by crowdfunding, great sales, or both.To stay determined and rack up skills, one needs a strategy, and that’s where our guests come in, who comment on how to do the job, and how to get the job.
Matt Hawkins, president and chief operating officer at Top Cow productions, discusses: The must-own books on how to create comics artHow to take feedbackThe need to go to co…
Post a comment
Read more 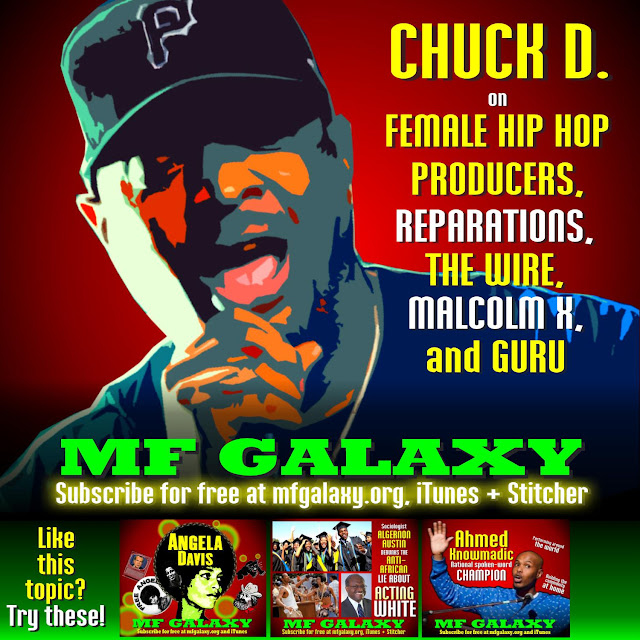 Legendary PE front discusses “hip hop is dead,” racism in Canada, and why PE let Arrested Development make the Malcolm X  movie theme song
Chuck D.is the leader of Public Enemy, one of the contemporary music’s most influential acts, and creator of two of hip hop’s most powerful albums: It Takes a Nation of Millions to Hold Us Backfrom 1988, and Fear of a Black Planet from 1990.
Born in 1960 in Long Island, New York, Chuck D. attended Adelphi University where he contributed poster artwork to the growing hip hop scene, and where he hosted a hip hop radio show on WBAU.
Forming Public Enemy with collaborators Flavor Flav, Professor Griff, DJ Terminator X, and the martial artists the Security of the First World, Chuck D. led a bold new aesthetic into hip hop, combining the look and messages of the Black Panther Party and the Nation of Islam.
The group enjoyed enormous success and weathered enormous controversy, creating classic anthems such as 1989’s “Fight the Power”and 2004’s “Son of a Bus…
Post a comment
Read more

DR. GANZ FERRANCE ON THE VULNERABILITIES AND STRENGTHS OF AFRICAN-CANADIAN FAMILIES (MF GALAXY 047) 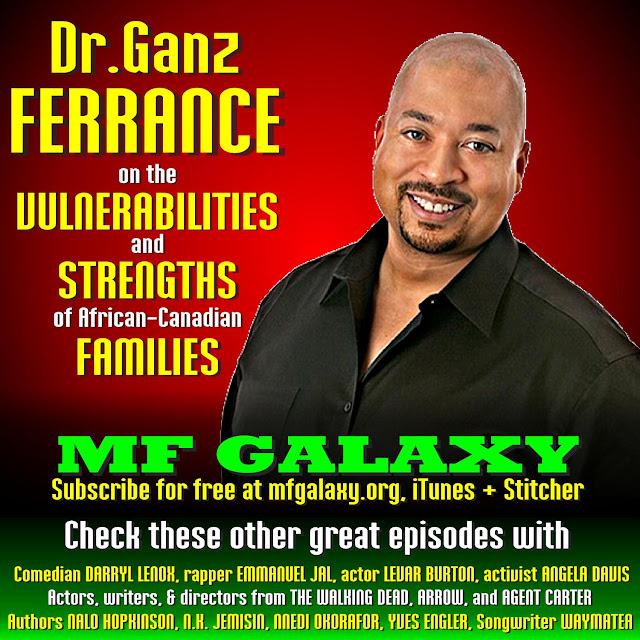 
Over my decades of radio broadcasting and now podcasting, I’ve spoken with scores of people about the structural and systemic barriers to the freedom, prosperity, and happiness of Africans and other groups.
On this episode of MF GALAXY we’ll hear about another set of barriers, which, while being influenced by the structural and the systemic, are a distinct problem unto themselves. They’re also usually more difficult to perceive and define. I’m talking about psychological barriers inside the human community generally and African-Canadian communities specifically, barriers which have been passed intergenerationally and are the legacy of the horrors of colonialism across the African continent, and of the continent-wide rape-gulag in the US and in the Caribbean.
Ganz Ferrance is ideally suited to discuss these intergenerational barriers to our individual and collective health and success, and…
Post a comment
Read more

CHARLIE KERNAGHAN ON THE SWEATSHOP EMPIRE THAT SEWS YOUR CLOTHES, AND HOW TO FIGHT IT (MF GALAXY 046) 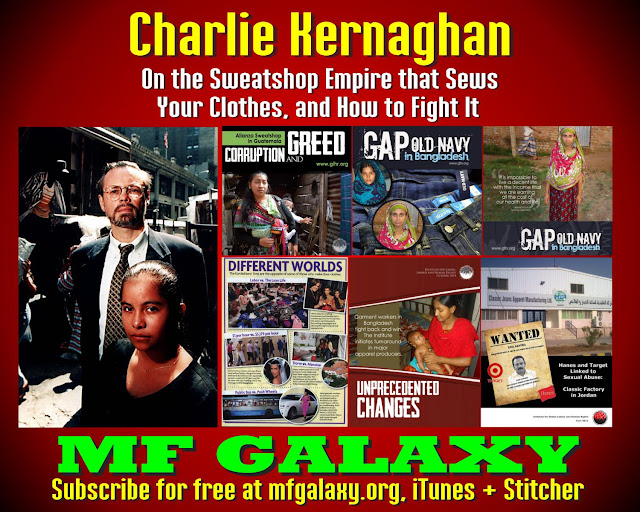 Veteran labour crusader on the 35 million Brown women and girls who clothe the world by being forced to live and work in appalling conditions for sub-poverty wages
Charlie Kernaghan is the executive director of the Institute for Global Labour and Human Rights, a Pittsburgh-based NGO of global labour advocates. They risk their own safety in pursuit of justice for some of the most exploited workers in the world through exposing human and labour rights abuses perpetrated by US companies producing goods in poor countries.
Kernaghan has made his living as furniture mover, carpenter, cab driver, and university instructor, but he began his crusade for workers’ rights in 1985 after participating in a peace march through Central America. In 1990, he became the director of the US-based National Labor Committee, the fore-runner to the Institute for Global Labour and Human Rights.
Kernaghan’s international fame came from rattling the chains of one particular celebrity: Kathie Lee Gifford of Live wit…
Post a comment
Read more
More posts