Showing posts from January, 2007
Show All

The Cylons have nothing on this guy

- January 29, 2007
Who could possibly fight and defeat expert Chinese martial artists? Why not someone from the land that gave birth to those arts? According to legend, Bodidharma (known to the Chinese as Da Mo) brought the basics of kung fu to Chinese Buddhist monks who were too sleepy to meditate.Who knows? But if the story is true, it makes watching this video even more interesting.

Beware: the yogi's contortions are nauseating. 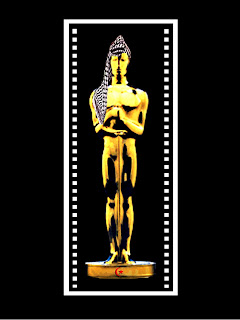 All movie buffs love watching the Oscars. Tonight, why not come down to the U of A campus to watch THE MOSQUERS?

On Friday, January 19, join eager young film and video makers from Edmonton’s Muslim-Canadian community to celebrate their stories on the big screen.

The MOSQUERS video contest features the talents, insights, comedy and show-biz razzle-dazzle of young Edmontonians exploring the experience of being Muslim in Canada, whether in skateboarding or scholarship, halal dining or hip hop music.

Come out to THE MOSQUERS this Friday at 7:30 pm on the SUB stage of the StudentsUnionBuilding on the U of A campus. Admission is free with a donation to the Edmonton Food Bank.

The Mosquers is produced by Axis of E-Town and sponsored by the Edmonton Council of Muslim Communities and the Northern Alberta Alliance on Race Relations, NAARR.
Post a comment
Read more

I knew Bruce Stovel a little because his radio show, CJSR FM88's popular and long-running Calling All Blues, followed mine on CJSR on Wednesday nights. He was a kind and gentle man, thoughtful and respectful, and passionate about blues music, CJSR, and from what I could see, his son and co-host, Grant.

In the most recent (and obviously the final) conversation I had with Bruce, I asked him, since he was my elder, if he had any advice for me because I'd just become a father. He told me that having kids is the biggest thing there is. Sometimes it's the biggest anxiety and fear, but mostly it's the biggest love. The fact that he and Grant worked for so many years together on the same show (a relationship that I imagine is rare, if perhaps unique, in Canadian radio), speaks to how close the two of them obviously were (and are).

I hope that my relationship with my daughter, and my children yet to be born, will be as close as was Bruce's and Grant's. 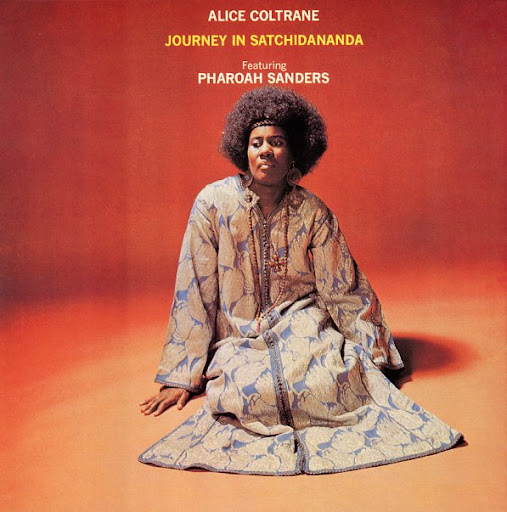 The brilliant jazz keyboardist and harpist Alice Coltrane died yesterday. She was John Coltrane's widow, and as far as I'm concerned, Coltrane's two greatest students (his wife and saxophonist Pharoah Sanders) exceeded him, building upon his foundation of what I call "Supreme" to create a cosmic, ethereal, intellectual, yet also passionate music.

Procure a copy of the strangely-titled but superbly assembled album World Galaxy.It's got a bizarre version of "My Favourite Things" as lead-in (which I like), but the rest is all Supreme. The final cut is a cover version of John Coltrane's "A Love Supreme" which is superior to the original, featuring a rambling (yet interesting) Swami named Satchidanada discussing love in Pauline terms.

I'm going to miss Sister Coltrane. Her work deeply inspired me and my writing.
Post a comment
Read more

TONIGHT ON THE TERRORDOME: Manning Marable on Living History

Recently Manning Marable spoke before Harvard’s W.E.B. Du Bois Institute for Afro-American Research on the topic of why oppressed peoples must be not only the characters inside, but also the narrators and illustrators of, their own living history.Dr. Manning Marable is Professor of History and Political Science, and the Founding Director of the Institute for Research in African American Studies at ColumbiaUniversity. He’s the author of twelve books, including The Great Wells of Democracy, Black Liberation in Conservative Americaand How Capitalism Underdeveloped Black America.
As a public intellectual, Marable lectures widely and also teaches a masters degree programme for prisoners in New York’s Sing Sing penitentiary. One of the founding members of the Black Radical Congress, Marable heads an annual Malcolm X seminar and hosts an online “e-seminar” about Malcolm X.WHEN: Wednesday 6 PM Mountain Time
WHERE: CJSR FM-88 Edmonton or ON-LINE - CJSR.COM

Few musicians can hope to achieve the stature or impact of the late James Brown. When Brown died of congestive heart failure at age 73 on Christmas Day, 2006, the outpouring of tributes and elegies and the sheer spectacle of his funeral in Harlem seemingly put him on par with kings and presidents.

(Get Minister Faust's "REQUIEM FOR JAMES BROWN" podcastHERE.)
Widely acclaimed as the “godfather of soul,” James Brown was a highly influential musical pioneer whose work shaped the development of rhythm and blues in the 1950s, rock and roll in the 1960s, funk and disco in the 1970s and hip hop in the 1980s. He was a guest at the White House; he toured the United States, Nigeria and the world; he modeled business ownership for African-American musicians so that they might be owners instead of merely the owned. He was truly a titan.Of course, as is fitting for someone whose life ended on the mythic date of Christmas Day, James Brown began humbly. Born May 3, 1933, in Barnwell Sout…
Post a comment
Read more 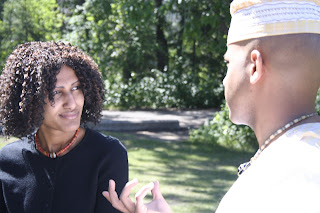 "Elizabeth Sumamo and Melanie Meardi each received a degree at the University of Alberta’s recent Fall Convocation 2006. Although they each completed different programs in the School of Public Health – Sumamo finished an MPH (Global Health) and Meardi earned an MSc (Health Promotion) – they share a passion for working with marginalized populations to improve their health and completed the practicum component of their respective programs abroad -- Sumamo in Ethiopia and Meardi in Tanzania. "Sumamo spent nearly six months working with the Hiwot HIV/AIDS Prevention, Care and Support Organization, a non-governmental organization founded in 1999 to motivate, educate, and empower Ethiopians to protect themselves against HIV/AIDS. She served as an intern on the International Memory Project, an initiative aimed at supporting children who were facing the prospect of losing their HIV-positive parents."'My role was to help with memory work training for HIV-positive parents, th…
Post a comment
Read more
More posts