Showing posts from November, 2017
Show All

DARYLE LAMONT JENKINS – THIS MACHINE DOXXES FASCISTS, or, HOW TO STOP NAZIS FROM DESTROYING THE USA + THE WORLD (MF GALAXY 146) 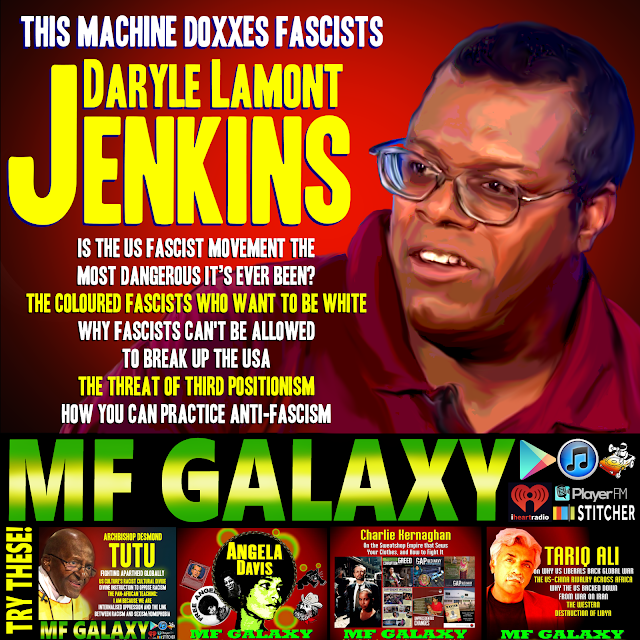 THE COLOURED FASCISTS WHO WANT TO BE WHITE; WHY FASCISTS CANNOT BE ALLOWED TO BREAK UP THE UNITED STATES AND CREATE THEIR OWN ETHNOSTATE HOMELANDS; WHAT YOU CAN LEARN FROM HIS ANTIFASCIST SUCCESS

Unless you’re absolutely clueless, you know that self-declared Nazis, fascists, Whitesupremacists, and other extremists using a huge range of names, are on the march. Their goal is a race war. They have weapons. They have training. They’re in police forces and militaries. They have media services in Canada, the US, Russia, and elsewhere. They’ve elected their confederates across the world. And their number one ally occupies the White House. Underestimate them at the peril of the planet.

So how do you fight them? And who’s had success doing it?

Today’s guest is a fascinating figure. He’s a former US Air Force man who's spent a lifetime fighting American neo-nazis and was a pioneer of the early internet with innovative online tactics to fight Whitesupremacists. Today, in service…
Post a comment
Read more 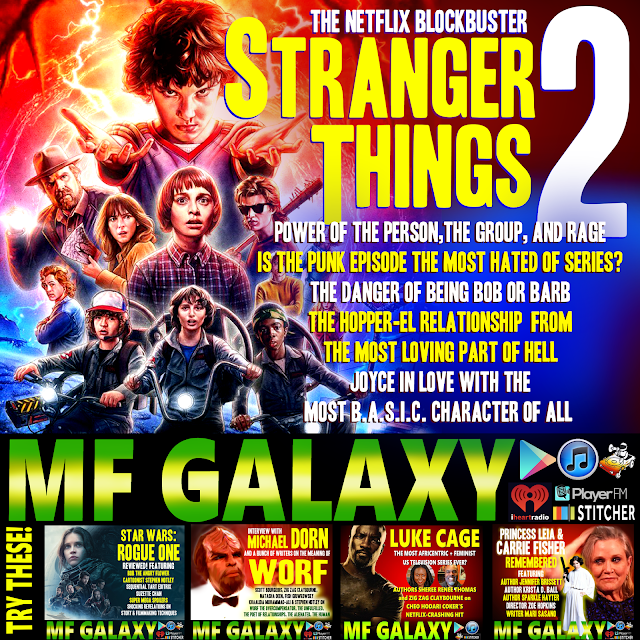 IS THE PUNK EPISODE THE MOST HATED OF SERIES? THE ANTI-FEMINIST DANGER  OF LEARNING HOW TO BE HUMAN FROM ALL MY CHILDREN, WHAT THE HOPPER-EL RELATIONSHIP SAYS ABOUT TRAUMA, WELL-INTENTIONED TERRIBLE PARENTING

Stranger Things, Season One, is the Netflix hit series that revels in 80s nostalgia and pays homage to everything from ET and The Goonies to Firestarter and Dungeons & Dragons.

It’s  the story of four small-town American boys, Will, Mike, Dustin, and  Lucas, who encounter a mysterious girl named Eleven who possesses  enormous power that threatens to destroy anyone who crosses her—even  agents of the United States government. And all of them and the people  they love are threatened by Lovecraftian annihilation from a force  emanating from a place beyond reckoning: the Upside Down.

I love Stranger Things, and not just because I’m a child of 80s. I love it because it does what I tried to do with my debut novel The Coyote Kings:  celebrate friendship and young love a…
Post a comment
Read more 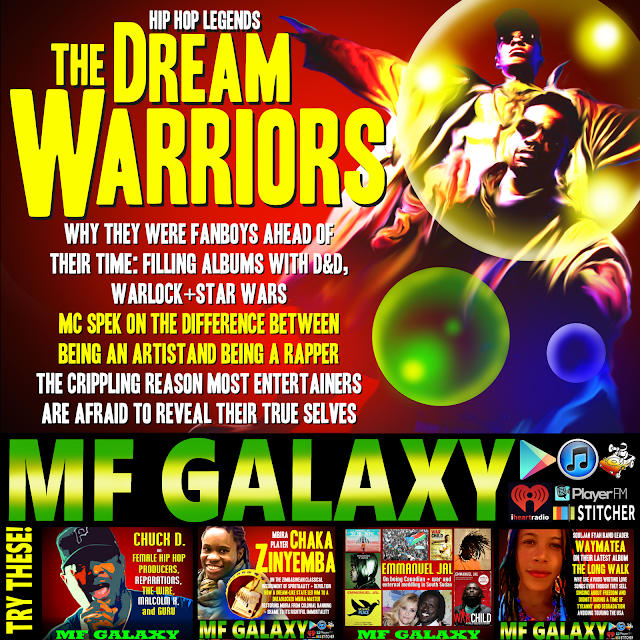 Back in the late 80s and early 90s, even though there were  artists across the country, the Canadian hip hop recording and video  industry was centered on Toronto, and the three giants were Maestro Fresh Wes, Michie Mee, and this episode’s guests, The Dream Warriors.

The Dream Warriors included Toronto’s King Lou and Capital Q, and for the second album Subliminal Simulations  added DJ Luv and also the rapper Spek from Montreal. Their top hits  included “Wash Your Face in My Sink” and “Ludi,” and along the way  members collaborated with Michie Mee, MC Lyte, Maestro, Lillian Allen, Messanjah, Butterfly from Digable Planets, and Gang Starr. They also  recorded “Man Smart, Woman Smarter” for the soundtrack to the movie Buffy the Vampire Slayer.