Showing posts from February, 2009
Show All

- February 27, 2009
New Scientist: "...[R]ather than constructing a huge barrage or dotting the river bed with turbines, Veerman and his colleagues at Wetsus, the Dutch Centre for Sustainable Water Technology in Leeuwarden, believe they can tap energy locked up in the North Sea's saltwater by channelling it, along with fresh water from the Rhine, into a novel kind of battery.

"With a large enough array of these batteries, he says, the estuary could easily provide over a gigawatt of electricity by a process they've called Blue Energy - enough to supply about 650,000 homes."'Salinity power' exploits the chemical differences between salt and fresh water, and this project only hints at the technology's potential: from the mouth of the Ganges to the Mississippi delta, almost every large estuary could produce a constant flow of green electricity, day and night, rain or shine, without damaging sensitive ecosystems or threatening fisheries.
"One estimate has it that salinity…
Post a comment
Read more

Why Tom Zarek Was Right 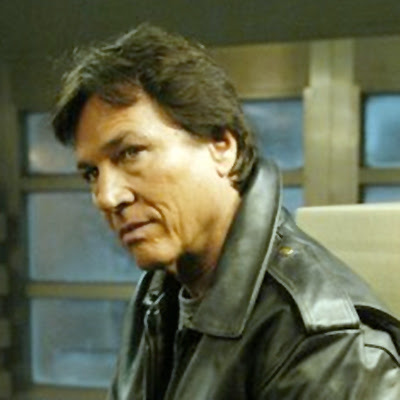 
Most of the anti-Gaeta sentiment I've heard is empty chatter, calling Gaeta "a coward" or "power mad" or "a weasel." Gaeta knew less than viewers know about Cylons, and from his perspective, indeed, from any logical human perspective of a character in the story, the mutiny and coup were logical responses to:

c) an Executive who nearly succeeded in stealing an election

d) a miltary strong-man who himself overthrew civilian rule, ruled by nepotism, undermined criminal inquiries he himself launched, and made clear he would overthrow any government he opposed 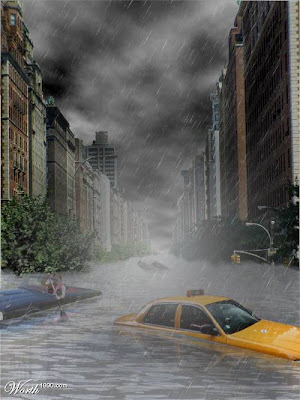 New Scientist: "Alligators basking off the English coast; a vast Brazilian desert; the mythical lost cities of Saigon, New Orleans, Venice and Mumbai; and 90 per cent of humanity vanished. Welcome to the world warmed by 4 °C."Clearly this is a vision of the future that no one wants, but it might happen. Fearing that the best efforts to curb greenhouse gas emissions may fail, or that planetary climate feedback mechanisms will accelerate warming, some scientists and economists are considering not only what this world of the future might be like, but how it could sustain a growing human population."They argue that surviving in the kinds of numbers that exist today, or even more, will be possible, but only if we use our uniquely human ingenuity to cooperate as a species to radically reorganise our world."The good news is that the survival of humankind itself is not at stake: the species could continue if only a couple of hundred individuals remained."But maintaini…
Post a comment
Read more 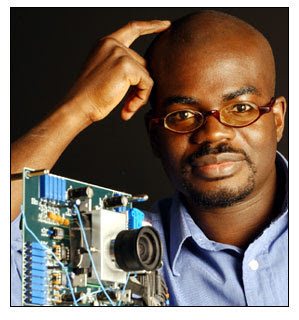 Although five centuries of economic and social exploitation have slowed African technological development, they haven’t stopped it, and that’s partly because people such as Dr. Kwabena Boahen continue to be fascinated by the possibilities of science and technology.

He holds a PhD in Computation and Neural Systems from the California Institute of Technology, and has received numerous awards including the Sloan Fellowship for Theoretical Neurobiology from Cal-Tech, a Young Investigator Award from the US Office of Naval Research, and the US National Institute of Health Director’s Pioneer Award.

Boahen aims to decode how the properties of neurons, the brain’s communication network, allow consciousness to exist. 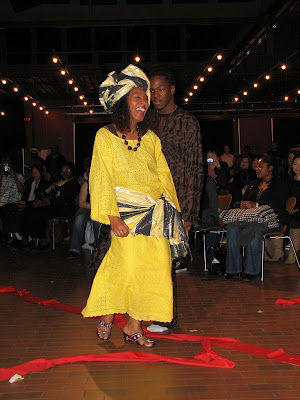 For an exciting night of music, fashion and social justice, come out to the fourth annual Ribbon Rouge fashion show at the University of Alberta’s Dinwoodie Lounge.Ribbon Rouge features outstanding continental and global African entertainment and Africentric fashion by local designers. Musical performers will include Politic Live, Krystle Dos Santos and Nufsed.Tickets are on sale across campus at HUB, SUB, and CAB, $12 in advance, $15 at the door. The event runs Friday, March 6 from 6 until 10 pm at Dinwoodie Lounge in the U of A Student Union Building, and is sponsored by the Kamit African Caribbean Society.All proceeds will be donated to the Stephen Lewis Foundation. For more information, call 780-965-8045. That’s 780-965-8045. Or email kacs@ualberta.ca
Post a comment
Read more 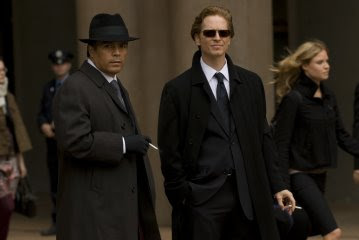 "If you're still wondering when Caprica, the long-awaited Battlestar Galactica prequel, will finally air on TV, you'll have to wait until 2010. However, you'll be able to watch the two-hour pilot a lot sooner.

"In a unique move, the network will release the two-hour pilot of Caprica on DVD April 21 of this year. Fans will be able to get a special sneak peek at the series on the DVD, which will also include special behind-the-scenes featurettes."
The Caprica trailer is here.
Post a comment
Read more 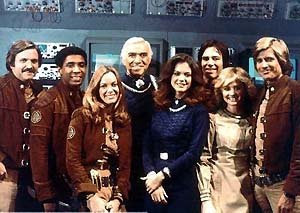 Rumours are that Universal has given Glen Larson the chance to make a new BSG movie based on his original story. Read about it here, here and here.It's an awful thought. The original, while interesting for its allegory of Mormonism, was a poor Star Wars-knock off that has aged very poorly in terms of content and style (although visually, its production design was outstanding and still deserves credit--it was one of the best-looking SF series ever.Of course, it may be just a rumour or Glen Larson floating a balloon to gauge support. Stunningly, there are many people who hate Ron Moore's BSG and love the original. Of course, almost half of the US population supported the illegal US invasion and occupation of Iraq or thought that Saddam Hussein was connected with 911, so why not?My friend Dan figures that it helps if we imagine Larson BSG as a revisionist, sanitised version of the "real" (Moore) BSG done by the descendents of the survivors of the Cylon Holocaust. I call…
Post a comment
Read more 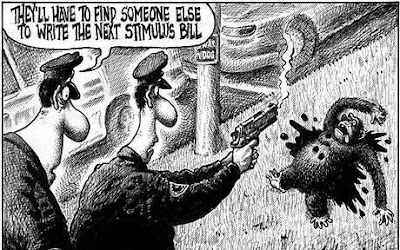 Democracy Now!reports today: "In other media news, protests are continuing outside the New York Post over the publication of a cartoon that critics say depicts President Obama as a chimpanzee.

"On Friday, filmmaker Spike Lee called for a boycott of the newspaper and urged athletes and entertainers to shun the paper’s writers. NAACP president Benjamin Todd Jealous has called for the ouster of cartoonist Sean Delonas and editor-in-chief Col Allan.

"Lloyd Riddick: 'I was in the Air Force six-and-a-half years. I’m seventy-four years old. I’ve been through hell for this country, including when they stationed me in Biloxi, Mississippi. And that was in 1954. "And you could go into a store and look at a pair of pants and hold them up against you, but you couldn’t try them on, because a white man had to try that pair of pants. I know racism. You could hold a hat up over your head, but if it touched your head, you had to buy it. I know racism.'”
Good for Spike Lee. I saw…
Post a comment
Read more
More posts