Showing posts from November, 2005
Show All

"The Los Angeles Times is reporting the US military is secretly paying Iraqi newspapers to publish American-written articles favorable to the U.S. presence in Iraq. The Times reports articles written by U.S. military “information operations” are translated into Arabic and then placed in Iraqi newspapers with the help of Washington-based defense contractor the Lincoln Group. The articles are presented to an Iraqi audience as unbiased news accounts written by independent journalists. "The Lincoln Group’s contract is worth up to $100 million dollars over five years. A senior Pentagon official commented : “Here we are trying to create the principles of democracy in Iraq. Every speech we give in that country is about democracy. And we’re breaking all the first principles of democracy when we’re doing it.”
1 comment
Read more

On the 18th World AIDS Day, 65 percent of global victims are Afrikans. Is there any hope?

In the 14th century, the bubonic plague wiped out 40 million people in Asia and Europe, reducing Europe’s population by a third. At the end of World War I, 25 million people around the world died of influenza. In each case, kings, popes, citizens and soldiers sobbed, screamed and prayed for cures while bodies fell like trees ravaged by a forest inferno.

(For the audio version, click the live CJSR link (Wed. 6 pm Mountain time) and THE TERRORDOME link (archive) on the left.)
Yet it was in the power of nobody alive to stop or even slow the onslaught of the epoch-shattering pandemics. But imagine, for instance, that Afrikan scientists at the University of Sankore in Mali had held cures to these plagues, but refused to share them because Europe was unable to provide sufficient gold in payment? How would history have judged Afrika for demanding such a ransom?

The Dragon in the Land of the Sickly Lion 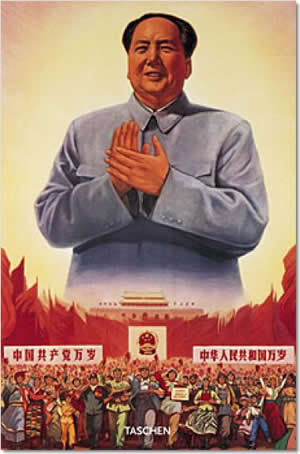 I'm not under any illusion that the government of China--a government which abandoned any legitimate claim to socialism, which inherited a monstrous Maoist legacy of repression and mass murder, which currently oversees literally tens of millions of sweatshop workers, denies basic civil and human rights, employs the death penalty, occupies Tibet, represses religion, shot Tiananmien protestors, and helped via Zimbabwe to finance the Congo War--I'm not under any illusion that such a government can truly mean us any good now that it's setting its greedy eyes on our Motherland.

I am saying that a unipolar world controlled by the Empire gives us very few options, and that, in such dire circumstances, we have no choice but to play mah jong.

“Where’s the love for my Niger?” 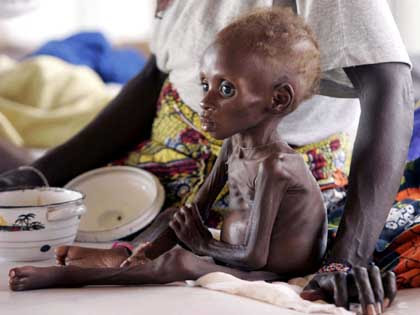 Omayra Issa is like plenty of other average Canadians: when she was a child, her mother drove her to school; now that she’s 20, she’s studying Business at Faculté St. Jean; she loves her country and is fiercely proud of its people. But Omayra Issa isn’t your average Canadian, and she’s not from Canada at all.

She hails from what is literally the poorest country on planet Earth.

The West African state of Niger is in crisis. Last year in this country where desert possesses two-thirds of the land, severe drought and hordes of locusts afflicted 3.6 million people; food aid has arrived, but only after months of stomach-bloating, agonising hunger. While the UN warned the world a year ago, the world refused to listen. It took a BBC video report of skeletal children with anime eyes to drill wealth from our pockets, more in ten days following the report than in the previous eight months combined. Right now, the UN wants to end large-scale food aid, and Niger’s Prime Minister Hama Amadou agrees, …
Post a comment
Read more

Tonight on THE TERRORDOME: Chuck D. 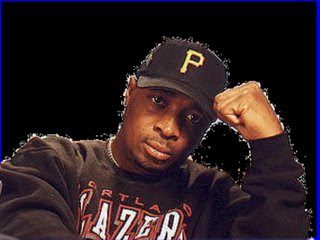 Tonight on the programme is the final episode of my Edmonton exclusive Millions More Movement coverage, and excerpts of my interview with Grandmaster Chuck D. of Public Enemy.

If you're in E-Town, tune in at on FM 88.5, and around the Afrikan planet you can listen to the show live by clicking to CJSR's streaming audio connection, and then select LISTEN LIVE. The show starts at 6 PM Mountain Time.
Post a comment
Read more

- November 04, 2005
...or has anyone else noticed just how damned good the announcer's voice on Edmonton'sLRT is all of a sudden? Kot-tam.
Post a comment
Read more

- November 03, 2005
Check out my interview with author J. Timothy Hunt (The Politics of Bones) about the Ogoni leader and brother to martyr Ken Saro-Wiwa, Dr. Owens Wiwa,in this week's issue of Vue Weekly.

And for further information on repression in Nigeria, see Oil Delta Still Subject to Brutal Repression From Security Forces.

Minister Faust.com is back up, and The Terrordome Archive is bigger than ever!

Minister Faust.com is back up, and The Terrordome Archive is bigger than ever! Yes, okay... my homepage, AKA Obsidian City, has been down a while due to numerous battles with supervillains and fragments of the Blue Comet which our team, the League of Angry Blackmen, had to track down in Uganda and Antarctica. But now it's back up, and sometime in the new year it will be updated with bucketsful of new content. And that means the email address minister@ministerfaust.com should be working again.


But I'm far more excited because cjsr.com has recently updated The Terrordome Archive by placing something like 24 shows online for streaming and downloadable audio. So get listening! You can click on the permanent link to the left, also.

COYOTE KINGS on Hard Knock Radio and The Dragon Page

- November 01, 2005
Check out the Hard Knock Radio audio interview here. It was an enjoyable discussion. Thanks to Dalit sister Thenmozhi Soundararajan for the chance to drop science on the conscious tip (yes, I'm showing my age).

And also check out my conversation with the fun, terrific hosts of The Dragon Pagehere.
Post a comment
Read more

Wednesday night on THE TERRORDOME 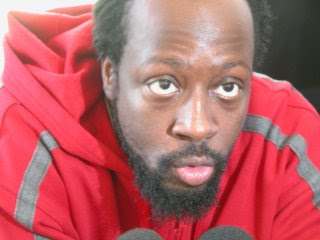 For the last two weeks on The Terrordome, we’ve been listening to my Edmonton exclusive coverage of the Millions More Movement marchin Washington DC on October 15, held in honour of the 10 year anniversary of the Million Man March and in order to press an new activist agenda.

I attended the 1995 march, the follow-up Million Family March in 2000 and the event of three Saturdays ago. Wednesday night at 6 pm we’ll hear from:

Susan Taylor, the Editorial Director of Essence Magazine
My brief interview with hip hop artist Wyclef Jean,
And part one of the keynote address by Nation of Islam leader Louis Farrakhan.