We must all fight anti-Semitism

I was having a conversation today with a friend and the topic of anti-Semitism came up. The prevalence of this hatred, a European White-on-White violence that devolved over history into genocide, continues in some quarters to this day.

Those of us who are progressives and who maintain a strong critique of must resolutely oppose anti-Semites at every turn, just as, while defending our Muslim brothers and sisters, we must unceasingly oppose the tyrannical governments of and reactionary movements inside any of the predominantly Muslim countries. 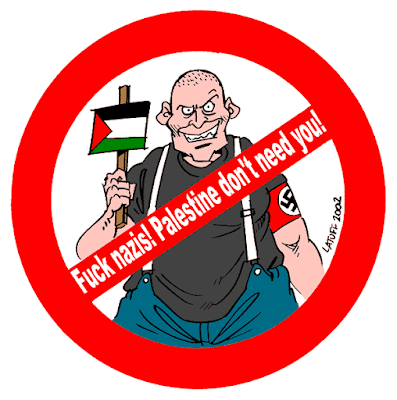 In the spirit of that conversation, below is a list of what I hope are some helpful resources.

Fighting anti-Semitism
Canadian Jewish Congress resources
Muslims Against Anti-Semitism
My fellow Muslims, we must fight anti-Semitism
Fighting colonialism and anti-Semitism at the same time
Cornel West and Michael Learner - Jews and Blacks: A Dialogue on Race, Religion, and Culture in America

I won't be able to catch the show, but be sure you ask Mr Palast about "caging", and how many of us suspect that it's a large part of what the scandal involving the firing of 8 US District Attorneys is all about.
3:42 pm