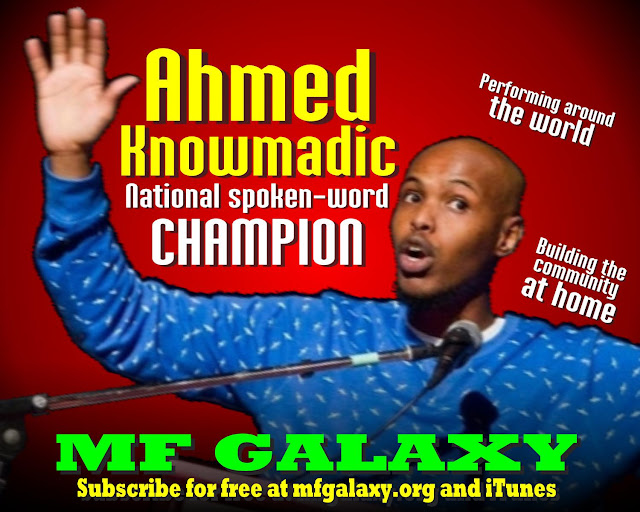 
Ahmed Knowmadic is an award-winning performance poet who—unlike most writers and performers—has been earning his living through his craft for the last three years by entertaining and enlightening people around the planet.

He’s performed for audiences in the thousands, and in March 2015 the British Council and the Norwich Writer Centre invited him to represent Canada during the International Literature Network conference.

Born in Mogadishu, Somali, in 1984, Ahmed migrated with his three older brothers and his mother to Italy during the collapse of the Somali state. Finding Italy inhospitable to his culture and religion, Ahmed and his family moved again—this time, to Canada. 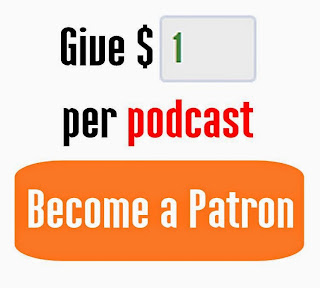 After a troubled stint in Ontario and an even more troubling trip back to Somalia, he returned to Canada to study theatre and comedy writing, and even performed for Second City and various open mic nights in Toronto.

Finally settling in the Big E in 2008, Ahmed integrated himself into the city’s poetry scene and brought all his life and artistic experience—including comedy—to his writing and performances. Joining with a group of like-minded young performance poets, together they founded the Breath in Poetry Collective which not only performs poetry, but provides artistic and even business mentorship.

In 2011, Ahmed became the spoken word champion at the nation-wide Canadian Festival of Spoken Word, and won the RISE award for community involvement in arts and culture. In 2013 he was Artist in Residence at the Langston Hughes Performing Arts Institute in Seattle. He continues to excite and magnify E-Town’s poetry scene including by working with young people at conferences, in schools, and through various community organizations.

I recorded this episode’s conversation with Ahmed Knowmadic in October 2014 at Authorpalooza, a live talk-show author series I ran while I was writer in residence for the Department of English and Film Studies at the University of Alberta.

You’ll hear Ahmed perform his poem “Ignorance Infomercial,” and explain how other people’s rudeness forced him to make his text and performances as dynamic and engaging as possible. He’ll also discuss his experiences engaging the people of the Somali diaspora, including traditional elders and the delegates to a massive conference in the Somali capitol of North America. Finally, he’ll present his own advice for new poets, tell what drives him crazy about slam poetry, and reveal the danger of trying to please the audience. He begins by performing one of his most famous poems, “I Am Africa.”

To get all the bonus content, download the special EXTENDED EDITION of MF GALAXY, including a performance of one of Ahmed Knowmadic’s most powerful poems and an additional, never-before-aired interview, and the video of that interview! To download this extended edition of MF GALAXY, simply become a sponsor of theshow for a dollar or more per episode.