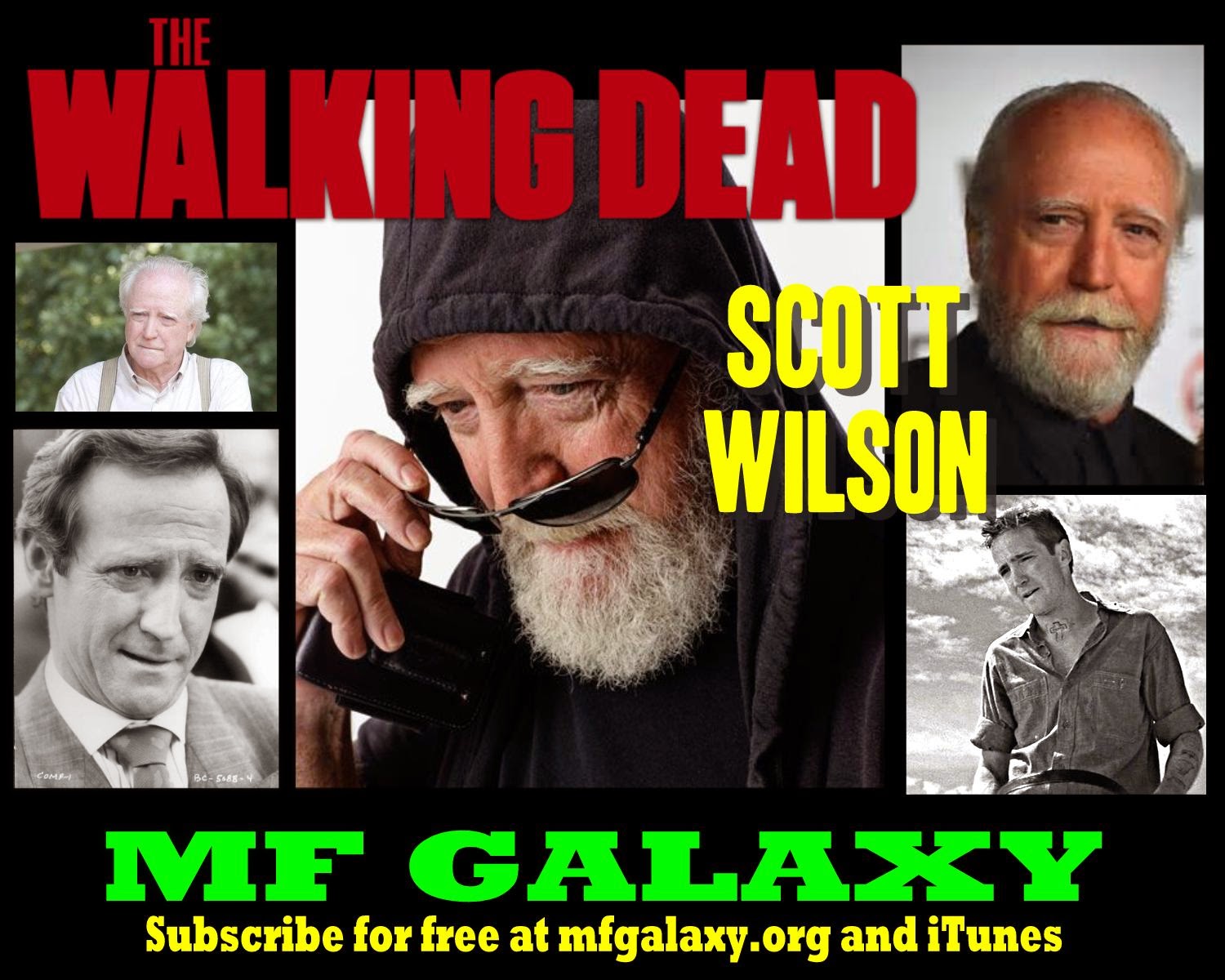 In 1967, actor Scott Wilson delivered a chilling performance in In Cold Blood that put him on the cover of Life Magazine when he was only 24 years old. He went on to appear in numerous celebrated films including The Great Gatsby, The Right Stuff, Dead Man Walking, and Monster, and he was a recurring guest on CSI.

But it’s his work on the highest-rated US television show, The Walking Dead, in which Wilson plays veterinarian and farmer Hershel Greene, that has done more than anything before to make Wilson a star. He now earns more from his autograph-signing sessions at conventions than he does from acting, and The Walking Dead is the focus of our conversation: the physical difficulties of playing Hershel; the dramatic power of Hershel’s personality and character arc; and the series’ outstanding acting, directing, and production.

Throughout this episode, Wilson refers to Ernest Dickerson, the acclaimed television and feature filmmaker who directed many of the most action-packed episodes of The Walking Dead. Wilson also refers to Dickerson in the context of the 1992 Spike Lee feature Malcolm X, for which Dickerson was the director of photography. At the end, Dickerson joins us to discuss working with Scott Wilson

Power the Podcast with Patreon!

Please use the SHARE toolbar below the audio player.