TONIGHT ON THE TERRORDOME: Relaunch of Arusha Declaration + Police Torture in Nigeria 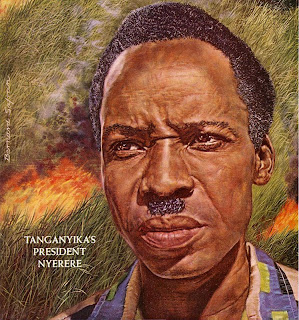 Madaraka Nyerere, son of former Tanzanian president Julius Gadarabe Nyerere, discusses parallels between socialist development in and. And in the second half of the show, Damien Ugwu reveals the shocking extent of police torture in .

In the mid-20th century during decolonisation and prior to the ascendancy of neo-colonialism, a number of leaders were at the forefront of classical Pan-Afrikanism. This group included Kwame Nkrumah of , Patrice Lumumba of , Sekou Toure of , and Jomo Kenyatta of , among others. In ’s case, the leader was Julius Kambarage Nyerere, known as Mwalimu, Ki-Swahili for “teacher.”

Having forged the union of and the of , Nyerere became president of the new nation of , a position he kept until 1985. As eulogized on the website of South Africa’s African National Congress, Nyerere “offered sanctuary in Tanzania to members of African liberation movements from South Africa, Zimbabwe, Mozambique, Angola, and Uganda, and in 1978 ... sent Tanzanian troops to depose Ugandan dictator Idi Amin. Tanzania hosted the African Liberation Committee from its inception in 1963. Tanzania gave land and other assistance to the African National Congress of South Africa for its headquarters in Morogoro, and for the Solomon Mahlangu school and other projects.”

Tonight, we’ll hear an interview conducted by Adam Ma’anit of Pambazuka News and New Internationalist magazine with Madaraka Nyerere, the son of the former Tanzanian president. “Madaraka Nyerere was in London [with the Global Women's Strike] to re-launch the Arusha Declaration, the document which is the foundation of socialist principles practiced by Nyerere's government.... Madaraka explores the reasons why Nyerere's policies have been demolished by [neoliberalism], and the relevance of his father's work for modern Africa and the women's rights movement.” 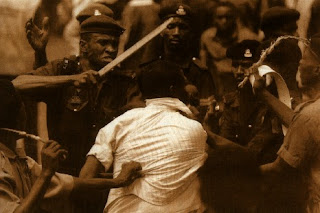 anisation] estimates that five people a day are being extra-judicially killed by the police. Most vulnerable are unemployed youths accused of armed robbery. Damien Ugwu explores the reasons why torture and murder are commonplace and the cultural and political roots of the problem.”

SHOW YOUR SUPPORT FOR THE TERRORDOME

This Friday, CJSR kicks off its annual FUNDRIVE. Show your support for CJSR’s excellent range of music and news you won’t find anywhere else on the dial. Every week, every year, CJSR covers ethno-cultural, gender, sexual orientation, pro-democracy, environmental and other public affairs that corporate radio doesn’t understand or refuses to address.

Next Tuesday on the campus, I’ll be at a special presentation in the Humanities Centre reading from my new novel, From the Notebooks of Doctor Brain.

Cloaked as a self-help book for superheroes, the novel is actually a satire on self-help books, psychoanalysis, the cult of celebrity, the threat of corporate media, and the imperial destructiveness of the Bush White House. 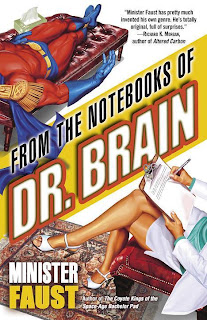 The Humanities Centre is connected to the north-east end of Hub Mall, and I’ll be reading Tuesday, October 16 at 3:30 pm in room 4-29. The event is sponsored by the of of English and Film Studies and the Foundation for the Arts.

Anonymous said…
I once heard this from a friend of mine on interracialmatch.com,and i have learned much from it
3:23 am